It is quite a shocker when a young man, Kamwana, has no vision or goals for himself.  (How unfocused can you be Kamwana??)

Truly shocking when the said Kamwana has a wife and a child less than one year old. Very young family. I wonder how the wife survives. Sigh!

Equally shocking, that this Kamwana has nothing to show for the years worked. Besides, more work years accumulated. Not even a promotion. Not even a change of seating. Aiyayaiiii....

Continously shocking that this Kamwana sees no value to invest or start a business, as an alternate source of income, but he'd rather buy smartphones and be the talk of his workplace.
Any one with a new phone is his rival, through his eyes. Exchanging looks that would make Lucifer cringe in the current tv series.

Quick to eat from what is not his, I pray (silently in my heart) that the wrath of the gods strike him as they have done to the NYS "non-participants", because as it is, mla nawe, hafi nawe. (My Swa teachers would be so proud right now).

Youth, the fleeting time that can make or break you. We want to enjoy the good things in life but no concern about what the future we plan for holds for us. More of like, raha kwanza shida baadaye.

At one point, the Bible tells us not to worry, the Lord will provide... Yet, in another verse, we are warned not to be like the lady who did not have paraffin in her lamp when the time came...
God will provide but He needs you to be ready for that time when He will bless you with His provision.

Kamwana, this is for you, save your income. Invest in something; real estate, stocks, shares or a business.You don't need the latest gadget but one that can serve you well to take you to the gadget you've always dream of...

At the end of it all, I'm a kinda, ish ish, maybe, sorta nice person. Touch the mind of Kamwana to see the sarcasm I bring, his eyes to see OPPORTUNITY. Take a leaf from Morris Mwendwa and he will tell you more about OPPORTUNITY and also teach you about how to speak better English.

Posted by Unknown at 12:57 No comments: Links to this post

The way she talked about her ex

It was a beautiful date
The gentle breeze, made her scarf gently blow
It was time for him to ask that question
That question many women dread

"Tell me about your ex"
The man asked the woman he is getting to know
She gave a giggle, then looked down
Will she be evasive like other women?

She was clear about why the relationships ended
The first man cheated on her
The second used to beat her up and drink too much
The third, well, he just dumped her

Her scarf fell to the floor
This man on a date with her stood up
Knelt and picked up the fallen scarf
As he placed the scarf around her neck, he was sure

He was sure this is the woman he wants to grow to love
Because this woman, is honest
She trusts him with her dark past
So many women feel an ex is a no go topic

He was so sure about her
Because in as much as those four men hurt her
There was no anger or bitterness in her
She was so graceful and optimistic about love, a sign of true healing 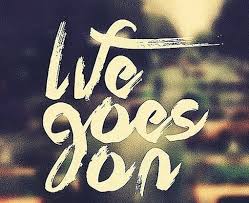 He was so sure about her
Because there was no hate
Though those four men wasted her time, she had moved on
Often, women carry hate and suspicion from the previous relationship into a new relationship

He was so sure about her
Because she owned up to her mistakes
She didn't lay blame on the four men only
She can critic herself, such a woman is wise

He was so sure about her
Because she made it clear to him
That this new man better treat her right, or else she'll walk away
She knows her worth and won't put up with crap

But above all, he was so sure about her
Because she admitted that her past four relationships did not work out
Since God was not in them
This new man's love for God, is what attracted her to him

So this new man knelt near her
He said, "Like your scarf that fell
I will catch you when you fall in love with me
For I have already fallen in love with you"

She kissed his forehead and said
"I am already in your hands, I have fallen for you too
Now that you know my past
Please build with me our bright and Godly future"

Posted by Unknown at 11:17 No comments: Links to this post

Fall in love with my best friend

The best relationships and marriages happen when the two people in it are best friends. 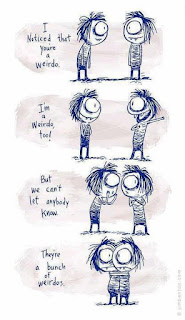 12. A best friend ends up being the best spouse in bed. The sweetest love making happens when there is closeness outside the bed. A best friend will know everything about you, including your body, your heart beat, your mood, your eyes, your reasons.
13. A best friend is at the top of the hierarchy of all your friends. Your friends will surround and support you two. You will not need to worry about your friends stealing your spouse or interfering when you two are firmly placed at the top.
14. A best friend will make loving easy. No rules, no boundaries, no complications, no rigidness. This is the person who knows you better than anyone else, no walls between you two.


15. A best friend is hard to leave because no one knows you and understands you better, this is as good as it gets.

If you both leave each other, where will you go when the best is when you two are best friends married to each other?

Had most certainly looked forward to it because of the individuals who have been with me all throughout last year. Specifically, one psycho and weirdo above! We're in this together.

Posted by Unknown at 10:00 No comments: Links to this post

This is my first taking stock post...  Still learning. Hope you do enjoy.

Making:  plans for an awesome birthday weekend to come.
Cooking:  lots of food for the weekend.
Drinking:  water but not enough.
Reading:  not much lately.
Wanting:  to sleep and just relax for a day.
Looking:  forward to my daughter's 3rd birthday on 24th Dec. Christmas blessing and my birthday on 5th Jan... Whoop! Whoop!
Playing:  2048 on the phone. Very addictive.
Deciding:  on the best way forward for myself.
Wishing:  everyone I love could be happy, healthy and wealthy enough, not to struggle.
Enjoying: my new job.
Waiting:  to finally relax fro a while over the Christmas break.
Liking:  the possible adventures to come.
Wondering:  what to buy for my daughter on her birthday.
Loving:  the comments on Jimmy Gait's Hello cover. I love Kenyans.
Pondering: whether I should grow my hair or leave it short.
Buying:  birthday gifts soon.
Watching:  honest trailers and best vines with my bro. (sleepless nights)
Hoping:  that I can finish a shaggy carpet order in time.
Marveling:  at the progress I've made since the beginning of the year.
Cringing:  over some clothes I bought in the past years.
Needing:  lots of hugs and affection lately.
Questioning:  why we have to age and why does time have to go by so quickly.
Smelling:  tasty bites from the kitchen.
Wearing:  Burberry Weekend. Love this scent.
Noticing:  that I'm a perfectionist on some things.
Knowing:  that I should get my finances in order.
Thinking:  that I should save up for a better phone.
Admiring:  the courage that the Muslims had in the Mandera bus attack to stand for the Christians and against the Al Shabaab. May God (Allah) be with you.
Sorting: my thoughts. I really should get a Nothing box.
Bookmarking:  the thought catalog articles.
Coveting:  clarity, peace and happiness.
Disliking:  that the face of my favorite watch, cracked into pieces. I'll get to repairing it.
Opening:  my mind to ideas, thoughts and new possibilities for 2016.
Giggling:  at the tolo tolo video, every time I watch it. This kid is hilarious.
Feeling:  a bit emotional lately
Snacking:  on a lot of peanuts and samosas lately.
Helping:  a friend or at least I try.
Hearing:  lots of Christmas jingles... It's Christmas... Time to eat.
Praying: our neighbor Burundi. A lot of lives being lost. May God be with them. 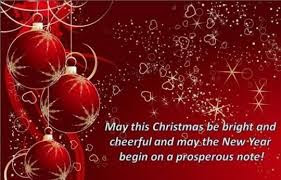 Posted by Unknown at 10:30 No comments: Links to this post

What do you look for in man?

"Thank you" she said
"For what?" I asked
"For bringing me here for a walk.
It's a really nice place"

"I'm glad to share the walk with you" I gave back.
"Please allow me to say again you look lovely."
I was finally sharing time with her
This warm-smiled lady granted me a date.

"So, what do you look for in a man?" I asked
She giggled. "Correction, I don't look for a man.
The man should find me in my beauty state"
"OK...so, what qualities would you want in a man?" I rephrased

"Well, I'd like him to be passionate about what he does,
Forward looking with engaging conversations,
A listener, speaks his mind, captivating, funny, fun.
I want him to water me with wise words and affection.

I would love if he cares to find me out,
Interested in my thoughts, my opinions.
A man who dines at the table of the Lord yet also romantic.
I want someone mature to build a future with.

Someone who attracts me spiritually, emotionally and physically
With a strong yet gentle heart,
Who takes notes when love is teaching a lesson.
And a man who will give me room and let me love him"

"Wow!!! I see you smiling just giving the answer
I bet you'll make a wonderful wife." I gave my thoughts.
"Thank you, I know I will, all I need is the right man.
What about you? What do you look for in a woman?"

I stopped walking, paused the walk, eyes on her,
"I look for you." I said
"I have found you and I want to make us work.
I am hoping you see in me the man you have described." 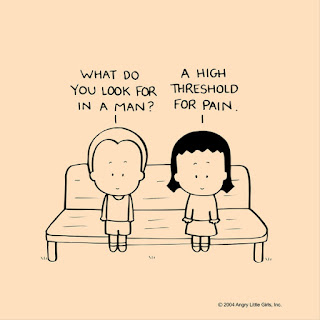 POEM BY DAYAN MASINDE
Posted by Unknown at 13:00 No comments: Links to this post